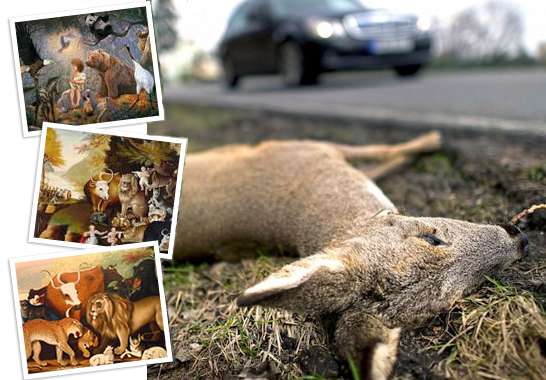 “It has been said that man is a rational animal. All my life I have been searching for evidence which could support this.” Bertrand Russell

A Highway Campaign To Save Animals

DRIVING from his home in Bedford to his office in White Plains, Ira Fischer sees raccoons, opossum, skunks, deer, rabbits, chipmunks and squirrels -- most of them dead. Bloody and mangled or simply stiff and lifeless, they have been struck by cars and trucks on country roads, main thoroughfares and Interstate 684.

Recently, Mr. Fischer decided to do something about this and became operations director of the National Anti-Road Kill Project, a nonprofit organization based in White Plains and Monroe, Conn.

The project, which is financed by individuals and foundations, was founded in 1990 by David Patrice Greanville, a journalist and economist who is president of the Voice of Nature Network, an advertising agency in Monroe whose clients are primarily ecology and animal-protection organizations. Mr. Greanville, who is also senior editor of the Animals' Agenda magazine, and Mr. Fischer, a lawyer, along with others in the National Anti-Road Kill Project, have begun a campaign to teach the public to drive defensively for the sake of animals as well as human beings. They are also encouraging local, state and Federal officials to consider wildlife in the design and maintenance of roads, and to establish 24-hour centers where injured wild animals can receive emergency treatment and rehabilitation.

"Four hundred million animals -- including dogs, cats and farm animals -- are killed on the road each year," Mr. Greanville said, citing figures from the Humane Society of the United States, based in Washington. "Many die slow, hideous deaths," he said. "They are not necessarily killed instantly, but are hurt and maimed and suffer terribly. Humans have to be conscious of animals when they drive. They must factor in animals' safety as a morally consequential part of driving."

"The situation is especially bad in northern Westchester and parts of Fairfield County, where you have a confluence of development and animal habitat". Mr. Fischer noted, "When development takes place, animals begin crossing roads and highways in search of water, food and shelter". He said, "We believe our project can make a difference in the ability of a high-tech society to coexist with wildlife. How can we consider ourselves compassionate -- a virtue to which we, as a society, like to ascribe -- if we allow animals to be killed and strewn all over our roads?" He added that driving responsibly for animals by "lowering your speed, carefully observing your surroundings, will benefit people, too."

In the area of education, the National Anti-Road Kill Project plans to produce television and radio public-service announcements, to print brochures, fliers and bumper stickers, and to book speaking engagements on the issue. The organization is also drawing up a short curriculum that it is hoped will be included in high school driver-education courses and professional driving school classes.

Mr. Greanville, who was an amateur race-car driver in South America, said people should drive more slowly, scan the sides of the road for creatures that may be about to dart out and hone their driving skills -- perhaps in courses given by professionals -- in case they have to stop short for an animal. "We hope people might learn to drive defensively, so they never again are surprised by sudden occurrences on the road".

He said, "Most people are bumper gazers. They are conditioned to observe only short distances ahead of them, and their response time is limited. "Professional drivers take a more multi-dimensional view of the road. They continually make sweeps with their eyes to see the sides, and, in addition to seeing the short distances, they look at far as the eye can see, depending on the road's curvature."

If someone spots a living animal on a shoulder or embankment, Mr. Greanville advises against making any sudden movements with the car that could startle it into running onto the highway. Reduce speed, he counsels, and, if possible, "move slowly, gently into a lane that is farther from where the animal is positioned.

Mr. Fischer said he and the others plan to ask local, state and Federal officials to keep animals in mind when designing, constructing and maintaining roads. For example, they will encourage them to study habitats, then build so that creatures do not have to cross a road to reach a water supply. The construction of barriers, fences and tunnels — such as those used in England for toad crossings — should also be explored, he added, as well as signs alerting drivers to spots where animals cross the road.

Mr. Fischer said he and the others plan to ask local, state and Federal officials to keep animals in mind when designing, constructing and maintaining roads. For example, they will encourage them to study habitats, then build so that creatures do not have to cross a road to reach a water supply. The construction of barriers, fences and tunnels — such as those used in England for toad crossings — should also be explored, he added, as well as signs alerting drivers to spots where animals cross the road.

The National Anti-Road Kill Project hopes to encourage auto manufacturers to introduce “a headlight system capable of projecting an ample bubble of light deep in front and to the sides of the vehicle, without glare, allowing drivers a better view of the road at night,” Mr. Greanville said.

Another goal is the establishment of 24-hour rehabilitation centers. Dara McDonough, who operates Wildlife in Crisis in Wilton, Conn., said 95 percent of the animals she sees and treats each year have been struck by cars, or have been left orphaned by a car-animal accident. “When a car hits or injures a mother animal, the babies have no one to raise them, so they are also casualties,” she said.

For those interested in helping injured animals that they find, Ms. McDonough suggests always carrying a box, blanket and heavy gloves in one’s car, for lifting and transporting the creatures. Her 24-hour number is (203) 544-9913.

“This issue has to do with our society as a whole”, Mr. Fischer said. “When the careless killing of animals becomes part of an accepted routine, our society becomes removed from the virtues of caring and respect for life, which we have traditionally upheld.” 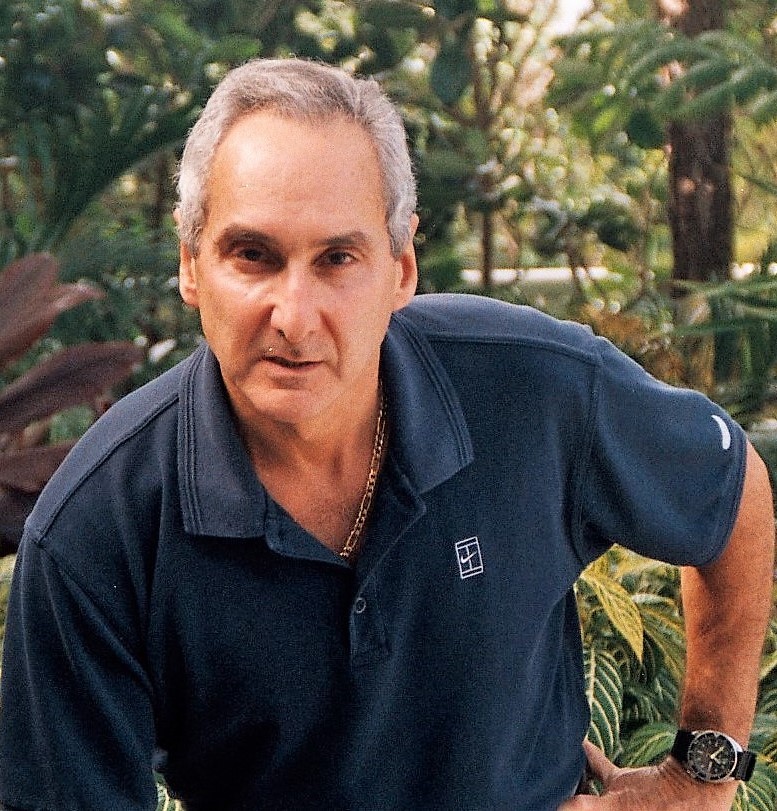 Ira Fischer devotes his retirement from the practice of law to advocacy for the cause of animal welfare. Ira is associate editor with Big Cat Rescue, an exotic cat sanctuary in Tampa Bay. The mission of Ira’s the website www.irafischer.com is: Kindness and Compassion for Animals. Ira Fischer’s biography can be seen on his website.

The National Anti-Roadkill Project (“NARP”), which was founded in 1990 never got fully off the ground primarily because of lack of funding to support the project. Also, it appeared that governmental agencies and corporate support was not ready to adopt the concept of financing a campaign that was not on the radar screen of priorities for those institutions. It can be said that NARP’s founder - - Patrice Greanville - - was a man ahead of his time.

Now, there are strong indications that the time has finally arrived for the issue of the toll that our nation’s highways and roads take on wildlife to be addressed with a vision towards developing road ecology. That Congress is proposing unprecedented funds for roadkill prevention measures that make roads less lethal confirms this point. Specifically, both of the five-year surface transportation bills currently  proposed by the Senate and the House dedicate $350 million and $400 million, respectively, for the creation of wildlife passages across roads that result in habitat fragmentation and block migration routes.

In recent years, there have been a number of instances of wildlife crossings being built to afford passage for wildlife across roads that intersect with their habitat. A prime example is the Liberty Canyon crossing over U.S. 101 in Los Angeles, which would reconnect critical wildlife habitat for mountain lions on the brink of extinction in the Santa Monica mountains.

NARP aims to take action to champion the growing tide of intolerance for animals being needlessly and mercilessly severely injured and killed on our roads. NARP’s mission is to embark on a campaign dedicated to address this issue with a multi-dimensional approach commensurate with the enormity of the problem.

Unfortunately, Patrice Greanville is no longer able to carry-on with this project. Nonetheless, he was elated to learn of Ira’s intention to follow the lead of his vision and enthusiastically endorsed the effort. Although the partnership cannot continue, Patrice has graciously indicated his willingness to make himself available for brainstorming with Ira as the need may arise. Patrice will be an invaluable resource to help achieve NARP’s mission.

Activities of NARP will be posted on its website once it is launched.

For interesting and informative books and films that journal the fascinating intelligence and incredible beauty of animals in the wild, visit Ira Fischer’s Library of Books and Films About Animals.